Has the Hayne Royal Commission been designed to ignore the most significant issues of financial harm affecting Australians?

By Adrian November 06, 2018
Summary: The government, financial services industry and mainstream media have created a completely false impression that the Hayne Royal Commission is an inquiry into the most significant issues of financial harm affecting Australians. Consequently, pretending there's a chance the big issues will be addressed.

But the biggest issues are being ignored, thanks to the narrow terms of reference focusing on misconduct, conservative approach of the Royal Commission, and a lack of understanding that the major problems with neoliberal capitalism are its currently-legal predations and its unsuitability to provide services that have a goal other than profit. 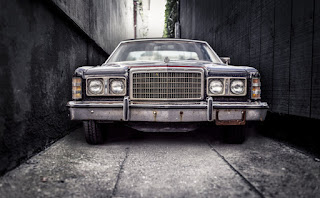 In my submission on the Interim Report I listed the key issues with contemporary capitalism that are not being examined by the Royal Commission: financialization, shareholder value/primacy, earned vs unearned wealth, productive vs unproductive activity, rentier capitalism, political and regulatory capture, neoliberalism, and counterproductive cultural norms (consumerism, financial illiteracy).

In this post, I will demonstrate with a few examples how ignoring these big picture issues leads to erroneous conclusions and ineffectual remedies.

As the government, financial services industry, mainstream media, and the Hayne Royal Commission Interim Report have suggested that the most vulnerable Australians could be better off with the approach currently being taken, I will contrast the likely outcomes for Financially-savvy Australians and Vulnerable Australians (low financial literacy, lower income, lower general literacy/education, barriers to "financial inclusion").


So what are the biggest issues of financial harm and exclusion for Vulnerable Australians?

Below is an abridged list relevant to the first four rounds of hearings (scope of the Interim Report): 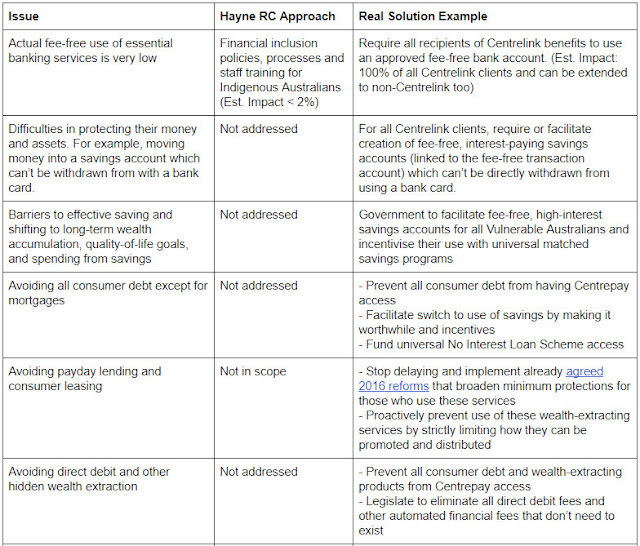 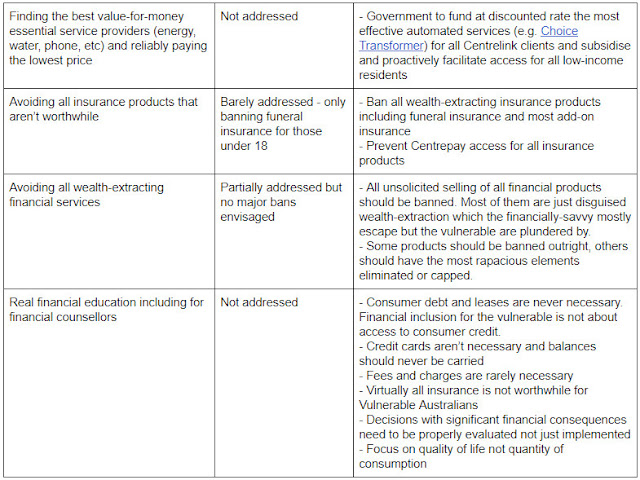 Example 1. Bank Accounts with no fees for all essential services

Financially-savvy Australians already use a NAB Classic transaction account and pay no account-keeping fees (with no conditions like minimum deposits or balances), no overdrawn fees, no ATM fees if using NAB, CBA, ANZ or Westpac ATMs, no EFTPOS fees, and no fees for all standard services such as statements, etc.

If there is no big four bank ATM around they use EFTPOS when making a purchase to withdraw money for free.

They have access to all essential bank services including BPAY and a linked debit card which includes the ability to transact online and has the protections of Visa Zero liability.

They can set up direct debits for free and cancel them efficiently.

They have free and unlimited transactions via ATM, EFTPOS, branch, phone or internet.

They can open the account in less than 7 minutes on the internet with no eligibility issues (e.g. Concession card required), no ID issues (name, address, date of birth, drivers licence is sufficient), no appointment, no attempts to persuade them to use a higher fee account or add additional products. 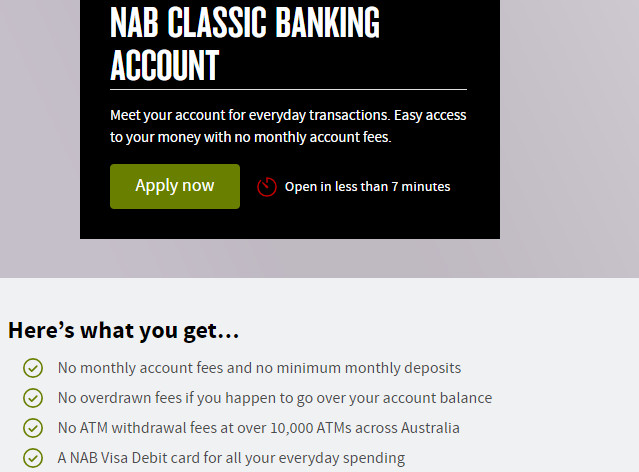 Even assuming changes were made to address all of the issues raised by the Interim Report in pages 265-266, this will have a tiny effect (less than 2%) on the number of Vulnerable Australians who end up paying no fees for essential banking services or obtain the ease of access and utility described above.

Simplistic government-driven changes to bank policies, procedures, staff training and monitoring regarding financial inclusion will add to the costs and overhead of servicing Vulnerable Australians but rarely overcome the barriers such that these clients end up with a product like the NAB Classic transaction account.

Indeed, the Interim Report acknowledges the high costs of providing financial services in remote areas and to people with communication/cultural barriers or greater needs for in-person service. It actually defended the extremely high and extensive range of fees charged by the Traditional Credit Union and appears to consider this acceptable because it sees no alternative. 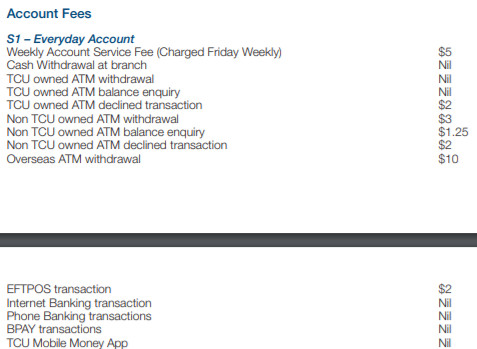 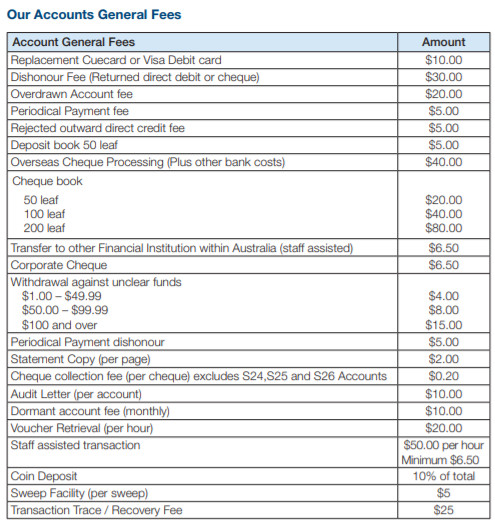 The Royal Commission chose not to explore this issue during hearings, otherwise it would have had to reveal stories about grievous financial harm it proposes to do nothing about: 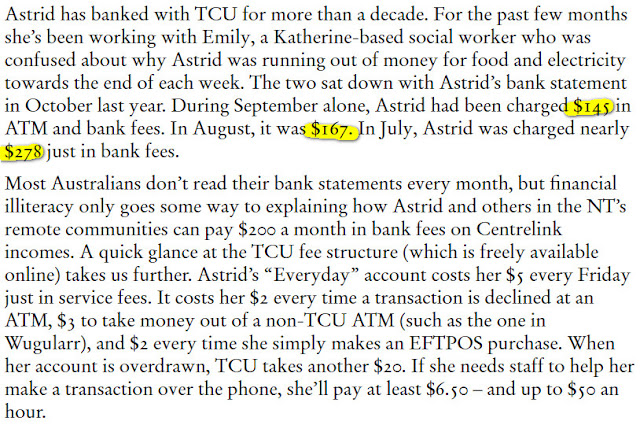 The Monthly - Why is the cost of banking in remote communities so high?

The Royal Commission narrative is that most harm caused by the financial services industry is due to misconduct driven by greed. But TCU is operating legally and there is no conduct issue here. Greed is unlikely to be a significant factor, the reality is that running a remote area bank for indigenous customers has very high costs.

The simple reality is that the free market alone cannot provide services that have a primary goal other than profit.

- Require all recipients of Centrelink benefits to use an approved fee-free bank account with a list of minimum features similar to the NAB Classic transaction account but with no overdraft facility. Other banks would be free to provide similar accounts to NAB. Many already provide something very similar under ABA basic accounts but may need to remove any undesireable elements making it difficult to open accounts or not allowing access to debit cards. All banks receiving Centrelink benefits into accounts which aren't approved would need to contact the customer to assist with switching to one that is fee-free.

- In remote areas and other situations where there are language, cultural or financial literacy barriers, the government will need to assess how best to bridge the gaps the for-profit, free market can't cover without having to charge fees. In the short-term use government agencies or funding (e.g. Centrelink or local community organisations) to directly bridge unavoidable communication and in-person service gaps.

- In the medium-term facilitate the larger banks to willingly subsidise necessary servicing (remote services, in-person assistance, employing local staff who speak the required language, etc) and education (e.g. using EFTPOS rather than fee-charging ATMs) of Vulnerable Australians for reputation and corporate social responsibility reasons. For example, they could employ TCU staff fulfilling client-servicing roles after TCU shuts down. In the 21st Century, it is ridiculous to think this means having the entire infrastructure of specialist banks or even physical branches. All you need are trained locals speaking the same language who can use the internet and ATM/EFTPOS terminals to help clients with account functions (opening, transacting, etc).

- Later, extend this model to Vulnerable Australians who don't receive Centrelink benefits. For example, others on low incomes could be identified and prompted via Australian Tax Office refund payments.

Outcome: All Vulnerable Australians who receive Centrelink benefits would no longer have a significant proportion of their income wasted on account keeping fees, dishonour fees, overdraft fees, withdrawal fees and various other extractive charges.

Yes, it's about capitalism not conduct, stupid:

No matter the extent of regulatory or industry code measures about conduct, culture or processes you can't effectively drive this desired outcome among firms operating in a free market to be profitable. The outcome required will need to be cross-subsidised from other profit-making operations and rely on scale efficiencies to be fee-free. In some instances or for initial periods, government funding and involvement may be needed to fill the high-cost gaps.

The TCU model is too high cost to deliver fee-free essential banking services. The real solution is paternalistic, prescriptive and a market intervention. Profit-seeking firms of scale can compete on reputation and CSR activities that are cross-subsidised. Governments can facilitate desired CSR competition such that there are sufficent incentives for firms to want to succeed at providing higher proportions of these accounts.

Pointless expenditure on compliance (which can be better achieved by reducing the number of vulnerable clients served) and lawyers should be minimised so that the subsidy required is kept as low as possible.

Popular posts from this blog 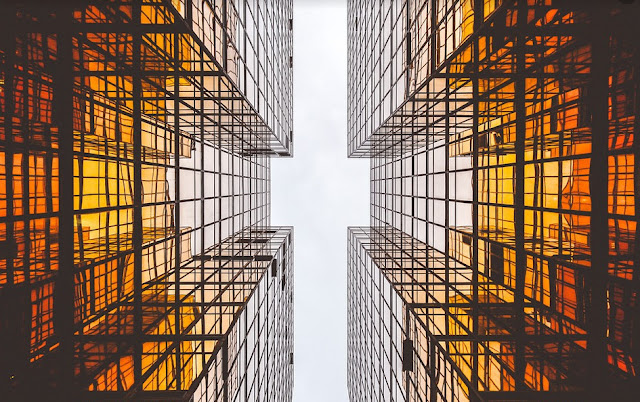 Summary : The name of this blog comes from this book by Mariana Mazzucato which is essential reading. "Who really creates wealth in our world? And how do we decide the value of what they do? In modern capitalism, value-extraction - the siphoning off of profits, from shareholders' dividends to bankers' bonuses - is rewarded more highly than value-creation- the productive process that drives a healthy economy and society. We misidentify takers as makers, and have lost sight of what value really means."
Read more

The Future of Capitalism - Paul Collier 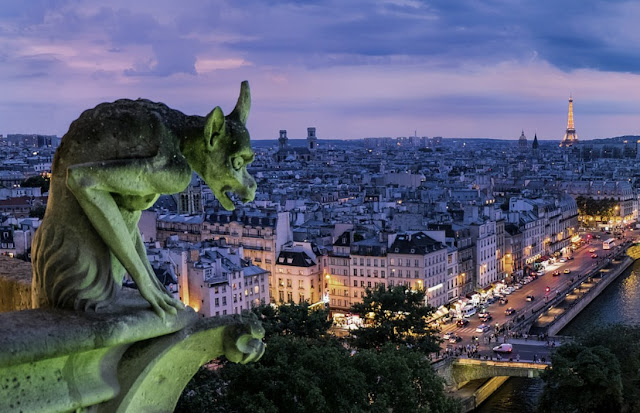 Summary :  The Future of Capitalism : "From world-renowned economist Paul Collier, a candid diagnosis of the failures of capitalism and a pragmatic and realistic vision for how we can repair it. Deep new rifts are tearing apart the fabric of the United States and other Western societies: thriving cities versus rural counties, the highly skilled elite versus the less educated, wealthy versus developing countries. As these divides deepen, we have lost the sense of ethical obligation to others that was crucial to the rise of post-war social democracy."
Read more